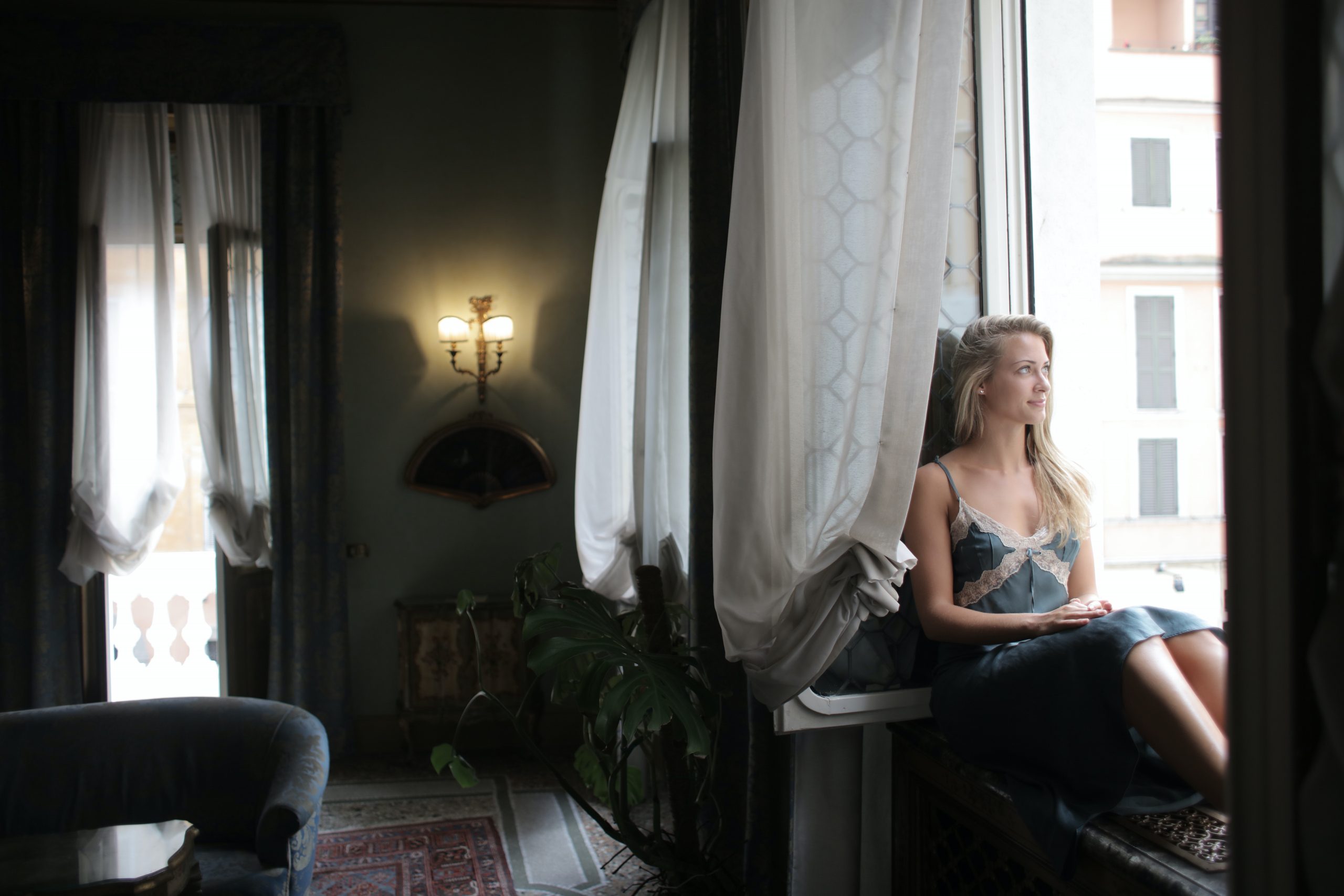 Your guide to where and when to watch captures of FREE live stream broadcasts of ballets, concerts, plays, operas and musicals while the world is put on “pause” due to the coronavirus pandemic!

The following is a list of upcoming FREE live stream broadcasts. Partake in one or all, dependent on where your interests lie or how much boredom has set in. Updated on 4/9/2020.

Opera: The Marriage of Figaro
• Available March 27, 2020 for six months
• “For many people, one’s wedding day might feel dramatic. However, for Mozart’s Figaro, it is quite literally an opera! The action covers one day in the castle and grounds of Aguas Frescas, near Seville. Stellar performances in John Cox’s production of this Mazart opera, featuring an unforgettable Figaro by Joshua Bloom.”
• It can be found here.

The Importance of Being Earnest
• April 4, 2020
• “Bachelor Jack Worthing and his best mate Algernon Moncrieff hope to marry society’s most eligible ladies, Gwendolen Fairfax and Cecily Cardew. However, the lads’ courtship of the women is far from straight forward! With double identities, plenty of ‘Bunburying’ and a number of hostile encounters with the formidable Lady Bracknell, the pair become embroiled in a web of mistaken identities with hilarious consequences.”
• Available for a week here.

Cyprus Avenue (2018)
• Available thru April 26, 2020
• Eric Miller (Stephen Rea) is a Belfast Loyalist. He is experiencing a psychotic episode and mistakes his five-week old granddaughter for Gerry Adams. Generations of sectarian trauma convince him that his cultural heritage is under siege. He must act.
• It can be found here.

Ballet: Peter and the Wolf
• Available thru April 26, 2020
• The Royal Opera House will be offering a free program of curated online broadcasts, musical masterclasses and cultural insights that get under the skin of both ballet and opera and offer everyone a unique look behind the scenes at one of the world’s most famous cultural institutions.
• It can be found here.

RED (2019)
• Available thru April 26, 2020
• Under the watchful gaze of his young assistant, and the threatening presence of a new generation of artists, Mark Rothko takes on his greatest challenge yet: to create a definitive work for an extraordinary setting. Award-winning stage and screen actor Alfred Molina reprises his critically acclaimed performance as the American abstract expressionist painter Mark Rothko. He is joined by rising star Alfred Enoch of US television drama series “How to Get Away With Murder” as his assistant Ken.
• It can be found here.

V For Victory (2018)
• Available thru May 26, 2020
• 1940, Britain declares war with Germany, war rages on the western front, but what happened to the forgotten occupied island of Jersey? Cut off from Britain, Jersey struggles to come to terms with its new German occupation. When morals, justice and even life itself is put to the test it falls to a group of islanders to stand up for Jersey’s honour. But is it all too late?
• It can be found here.

Much Ado About Nothing (2019)
• Available thru May 27, 2020
• “Set in contemporary Georgia with an election race underway, Great Performances: Much Ado About Nothing finds the community of Messina celebrating a break from an ongoing war, but not all is peaceful amid the merriment. Former rivals battle it out, revenge is sought and trickery runs amok in this timeless comedy of romantic retribution and miscommunication.”
• It can be found here.

Present Laughter (2018)
• Available thru May 27, 2020
• A self-obsessed actor in the midst of a mid-life crisis juggles a fawning ingenue, a crazed playwright, his ex-wife, and the personal lives of his friends.
• It can be found here.

The Sound of Music Live! (2015)
• Available thru May 27, 2020
• Beloved by generations of audiences worldwide, The Sound of Music tells the inspiring true story of the von Trapp Family Singers and their escape from Austria during the rise of Nazism. Rodgers and Hammerstein’s 1959 hit stage musical garnered five Tony Awards, including Best Musical, and the blockbuster 1965 movie adaptation won five Oscars, including Best Picture.
• It can be found here.

The Winter’s Tale
• Available thru April 27, 2020
• “One of Shakespeare’s greatest plays, The Winter’s Tale, though written at the same period as The Tempest, smashes all the rules that The Tempest follows. Unity of time, place and action are hurled aside as we range across Europe, from court to country, from high tragedy to low comedy, across a time span of sixteen years.”
• It can be found here.

Amsterdam (2018)
• Available now
• “An Israeli violinist. Living in her trendy canal-side Amsterdam apartment. Nine months pregnant. One day a mysterious unpaid gas bill from 1944 arrives. It awakens unsettling feelings of collective identity, foreignness and alienation. Stories of a devastating past are compellingly reconstructed to try and make sense of the present.”
• It can be found here.

Buried Child (2019)
• Available now
• Sam Shepard’s Pulitzer Prize-winning play in a production by The New Group, directed by Scott Elliott. Dodge (Ed Harris) and Halie (Amy Madigan) try to hang on to their farmland and their sanity while caring for their two wayward grown sons (Rich Sommer and Paul Sparks). When their grandson (Nat Wolff) arrives no one seems to recognize him and a secret must be kept. Hosted by Blythe Danner.
• It can be found here.

Musical: Eugenius! The Musical (2018)
• Available now
• Ben Adams and Chris Wilkins’ homage to the great sounds and cinema of the 80s reaches across time and space to enchant you whatever your age. Meet Eugene, Janey and Feris as they reach for the stars and discover the superhero inside themselves. With a hilarious script and dynamite original songs that’ll be stuck in your head for weeks, this shot of musical adrenaline is like nothing you’ve heard before.
• It can be found here.

Incident at Vichy (2016)
• Available now
• Nine men and a boy are interrogated under suspicious circumstances in Arthur Miller’s play “Incident at Vichy,” which is set during the Nazi occupation in France during World War II.
• It can be found here.

Musical: Lin-Manuel Miranda’s 21 Chump Street
• Available now
• Lin-Manuel Miranda turns a piece of reporting broadcast in 2012 into a 14-minute Broadway musical, created by people who normally work on Broadway. Nearly 50 actors, singers, dancers, musicians, and comedians joined Ira Glass onstage at the Brooklyn Academy of Music’s Opera House on June 7, 2014, to try some things they’d never tried before. The result? Journalism turned into opera, into plays, into a Broadway musical (by Lin-Manuel Miranda, starring Lindsay Mendez and Anthony Ramos).
• It can be found here.

Concert: Melissa Errico in ‘Sondheim Sublime’ (2020)
• Available now
• For one night only Errico brought her unique vision of Broadway’s greatest songwriter to Guild Hall and presents it here to remind us of the power of music to at least try and mend the world.
• It can be found here.

Myth – A New Rock Musical (2018)
• Available now
• ‘Myth’ is a modern retelling of the ancient Greek story of Orpheus and the underworld. Filmed in 2018 on the West End.
• It can be found here.

Musical: Pippin (1982)
• Available now
• Pippin, first in line to inherit the throne of King Charlemagne, decides his life is lacking real meaning and accompanied by the ever present Leading Player, sets out to find it. Along the way he encounters love war sex and power to finally realize that his life never was what he thought it was.
• It can be found here.

School Girls; Or, The American Mean Girls Play (2019)
• Available now
• Jocelyn Bioh’s play explores colorism in this comedy directed by Tony Award winner Rebecca Taichman and produced by MCC Theater. Paulina (MaameYaa Boafo) —the queen bee at an exclusive Ghanan school—is set on competing in the Miss Universe pageant. However, the arrival of Ericka (Joanna A. Jones), an American transfer student, captures the attention of the recruiter along with Paulina’s friends.
• It can be found here.

Musical: Sistas The Musical (2013)
• Available now
• As four sisters meet in their late grandmother’s attic before her funeral, music and memories trace black women’s lives from Jim Crow to the 2010s.
• It can be found here.

Top Story (2013)
• Available now
• A meteor the size of LA is about to hit LA. While, ironically, in London a couple of friends spend their last seven days watching the news, reinventing chess and rewriting the rules of some of the other games in their universe. In his darkly hilarious and poignant new comedy, Sebastian Michael imagines The End of the World not as a disaster movie, but as experienced by two young men from the comfort of their sofa. Getting ready, as best they can, to die together, the enormity of what’s about to happen completely overwhelms them. However, it also brings out in them a whole burst of creative energy. Hence, they inadvertently become its co-authors, while in a dimension far beyond their imagination, their soul-mates-in-spirit are having something of an unexpected ball…
• It can be found here.

If you are interested in virtual tours for famous museums instead, head on over to here.

Thank you for subscribing.

we respect your privacy and take protecting it seriously